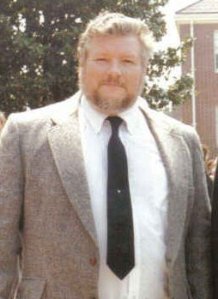 He was always a giant in my eyes, not only when I was a little girl around the age of six, but even as an adult. I called him “Cecil” for some time. He was my step-dad, although I don’t think I ever recall him referring to me as his “step-daughter”, if he did? it was never in my presence. The day came when I crawled up into his lap and asked if he minded if I began to call him “Daddy” It was settled with a hug. I was confident nothing could ever harm me as long as he was around.  I would call him Daddy/Dad for the remainder. He never tried to replace my real Dad, he respected that and it made me love him even more. Not all men are cut out of the cloth that can be a step-parent. He was one of the few that seemed to ease into that role.

Today, is flag day..but it is also his birthday..June 14. He has celebrated his birthday in heaven since August 9, 1998. This weekend is also Father’ Day, so it is always bittersweet.

I think the earliest memories go back to feeling secure. He watched over us and provided for us by going deep into the mines for many years. The word that comes to mind when I think of Dad is “safe.” He was involved in many different things during my childhood. He was often called away with a rescue call, a neighbor in need, or just helping out when called upon. He was called away a lot, but he was a constant – he always came home, and when he did, I always slept much better.

At times it was frustrating because he knew everyone. This meant that I seldom got away with much, and when I felt I did? I had the guilt that he knew and I had disappointed him in some unspoken way. It didn’t matter whether it was a snow storm, thundering skies, or just a time when I was afraid, he was my bigger than life protector. If I needed anything, all I had to say the word. Even after moving 400 miles away, he remained the same. Once, he offered to make the drive to bring me whatever we needed after we had been through our first major hurricane. He would have done it in an instant.

He was always the “safe place” for me. I considered it fortunate to not have one Dad, but two, atleast until I turned ten. He taught me a lot about life, about caring for people and the importance of being a rock for those around you. He showed me how to be an encourager. I learned by watching his example.

I can only hope that I can relay the feeling of a “safe place” to my own child, since she was never able to meet him. An unconditional place where she can always feel protected, no matter what her age. It’s important to be anchored to something you can depend on. Thank you Daddy (Dad) for being that for me. You left me the inheritance of a good example – to always look for the good in everyone. I will see you again one day, and we’ll have many more of our great discussions like old times, I am looking forward to it…in our eternal safe place.

4 thoughts on “A Safe Place”